From "Downton Abbey" creator and "Gosford Park" writer Julian Fellowes. Based on true events, this 19th century drama follows two footballers on opposite sides of a class divide who changed the game - and England - forever.
- metro.co.uk

I just saw Netflix notification for The English Game TV mini-series yesterday, by the time I was having lunch I was into second episode. It's a nicely spun historic sports drama based on two footballers striving to shape football for the better while struggling in their own personal lives. The English Game keeps you hooked to your seat with its mild cliff-hangers knowing it only contains 6 episodes which is like an extra long movie.

Based on the lives of footballers Fergus "Fergie" Suter and Arthur Kinnaird, rivals in football teams Darwen FC & Old Etonians; how they struggle to keep playing in the FA Cup amid troubles in their own personal lives.

Suter comes from a working class family where his father is a recurring alcoholic with the history of violence. He comes from Scottish football club "Partick" at the behest of Mr. Welsh who is offers to pay him better (later he joins another FC Blackburn for even better compensation to provide for his family, for which he even faces backlash from everybody from the old teammates to the common folk), who is an owner at a cotton mill in Darwen and is responsible for Darwen F.C.. Suter brings his best friend Jimmy Love along with him to play for Darwen F.C.

Arthur Kinnaird comes from a wealthy banking family and is a founding member of the Old Etonians F.C.. His personal life is a mess, as his wife recently lost their child and his father doesn't approve of his greater affection for the game. He is struggling to strike a balance between being a good husband to his wife and being a football player, and also to deal with his father.

Both characters have daddy issues, but are motivated to do good by their families and their love for football. Both leads their respective teams and have to deal with their team mates who don't always support their actions. Despite these challenges they are trying their hard to keep all the pots stirring. Suter has his eyes on winning FA Cup for his team (which consists of some professional and working men), Football Association controlled by "gentlemen" frown upon this i.e. the professional players who play football for money to keep the stature of game.

This leads to banning Blackburn F.C. from the FA Cup final against OLD Etonians, but after some staunch opposition from Mr. Kinnaird and Lancashire Football Association they are ultimately allowed to play.

The thing which I like most, how this whole series connects everyone to Football (which is what the original motive would have been), main characters and everybody around them is somehow committed to the GAME and that includes the common people of Darwen and Blackburn. Every character is created beautifully, which you could say are essential to the being of this series. Though it is a historic piece, it doesn't involve anything which is unrelated to the football scene of the time. The actors playing Suter and Kinnaird have done full justice to their respective characters.
Even after all these discerning facts about this TV show, the only thing which somewhat bothered me the fast pace of this series, which would have been unnoticeable if it were a movie, but the sad fact is it's a TV show and it would have even elevated the whole watching experience of the show.

All in all, this TV series is a very well executed work and I recommend watching it for everyone, who loves the GAME or who are just looking for something to watch on their weekend. 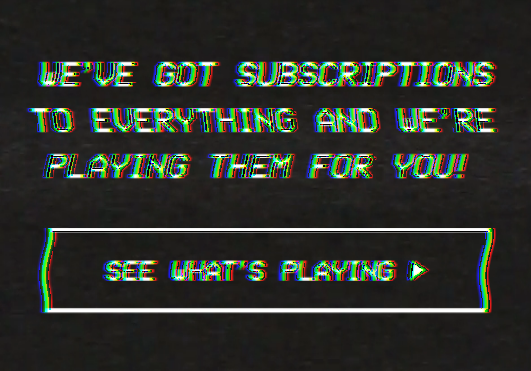